– Before Crater Lake came into existence, a cluster of volcanoes dominated the landscape. This cluster, called Mount Mazama (for the Portland, Oregon, climbing club the Mazamas), was destroyed during an enormous explosive eruption 7,700 years ago. So much molten rock was expelled that the summit area collapsed during the eruption to form a large volcanic depression, or caldera. Subsequent smaller eruptions occurred as water began to fill the caldera to eventually form the deepest lake in the United States. Decades of detailed scientific studies of Mount Mazama and new maps of the floor of Crater Lake reveal stunning details of the volcano’s eruptive history and identify potential hazards from future eruptions and earthquakes. (http://pubs.usgs.gov/fs/2002/fs092-02/) 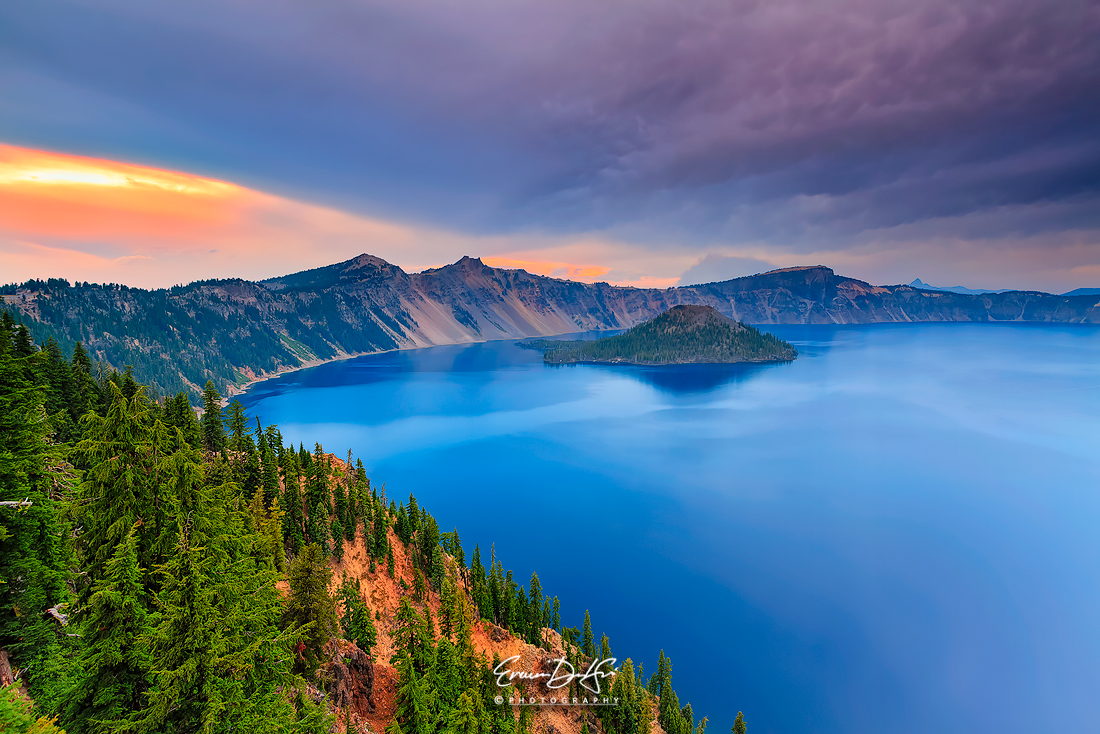 Very Nice shot. was this shot at sunset or sun rise?

Thanks Rama. This is a sunset shot.

Thanks for the compliments Oksana

Thanks Muneer. This place is really awesome, unfortunately there’s not much option for composition cause you’re in a observation deck.

ergig said
Thanks Muneer. This place is really awesome, unfortunately there’s not much option for composition cause you’re in a observation deck.

I know those place where there is pretty much one point to stand and take a picture, when all the tourists have very similar shoots. I think panorama could be very cool here.

🙂 everyone standing beside each other. hehehe.. I did took a pano shot Oksana but not satisfied with the shot so I decided not to edit it.