Pictures of the GO Train in Hamilton, Ontario.  They were taken from Sam Lawrence park on the escarpment, looking down. 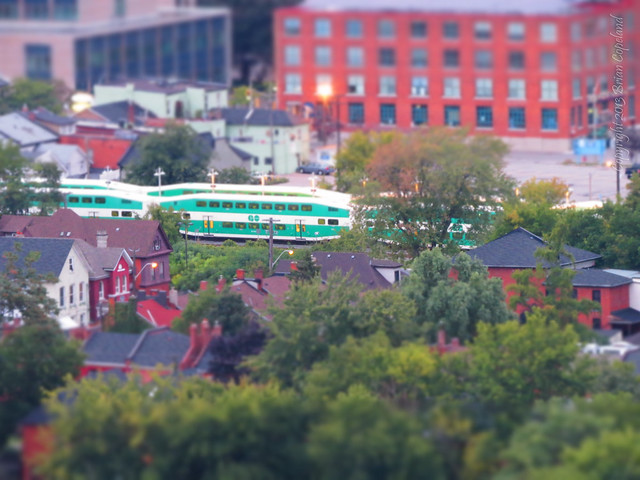 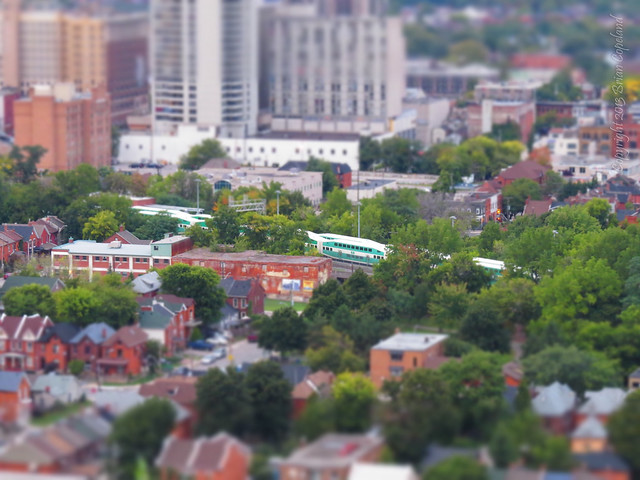 I’ve never tried this.
When you say “in camera” I’m assuming that you’ve used no post processing software.
Does “in camera” mean that your camera has it’s own software to produce the effect or
is it that you are actually using a tilt-shift lens of some sort?

I wonder if the same effect could be achieved in Photoshop or Elements by blurring
the top and bottom portions of the photo.  I’ll give it a go. (I do like saying that.)

Yes, the effect does give the “toy-like” appearance to a photo, but
I’ve never really understood why one would want to do that.

It does force a viewer’s attention to a specific subject without completely losing the
surrounding context.  That is a legitimate use.

Yes, I too would be interested in a detailed description of how this effect was completed!

My camera has a ‘toy’ setting.  I did no other processing afterwards.

However, I have made a tilt shift lightroom action that I made following instructions from an online tutorial, but it doesn’t do as good a job as what my camera produces natively.

I gave it a shot in Photoshop Elements using  a gaussain blur filter on the entire image, creating a layer mask, and then sharpening the boats with a black brush tool with the layer mask selected.  Actually I think it works fairly well as a substitute for a tilt-shift lens or in camera software, neither of which I have. 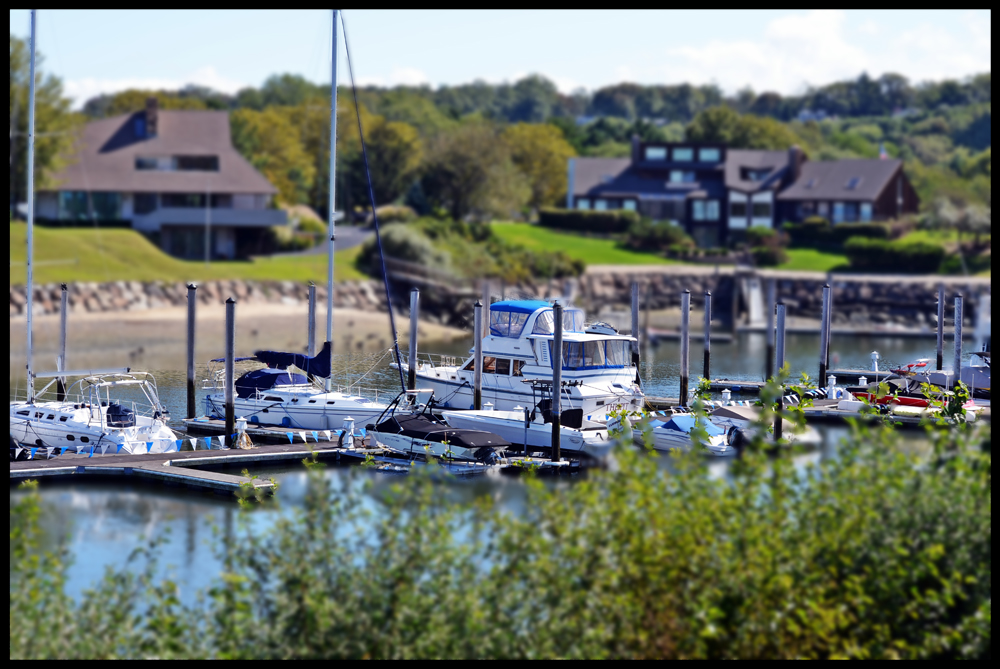 I just realized I posted this in the wrong forum.  Sorry about that.

Here are some real night shots:

Love the first image.
It’s really nice that the sky and water are both the same tone of blue.
Was this the way it was, or did you give it some help in post?

and.. You must have been leaning pretty far over that railing to get the shot.

ps… a serious transgression – posting topics in the wrong forum.

Brian, I like the 1st shot (night shot), its really amazing.

Mandrake, I have another idea to make same effect in PS.

Thanks, Muneer… Sounds like a plan.  I’ll give it a try. 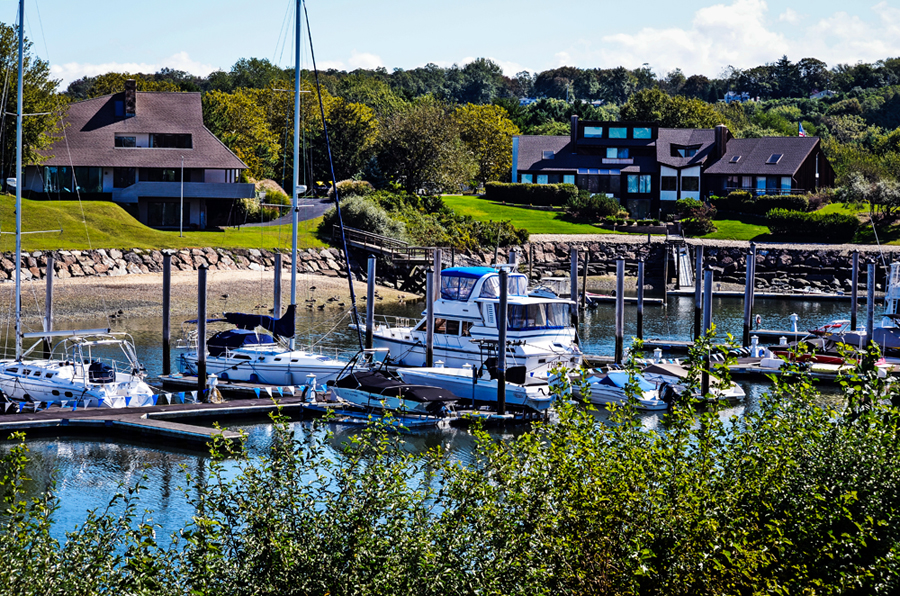 Muneer… Well, I gave it a try and found it a bit difficult using motion blur without a layer mask as the simple “blur” tool does not match up with the “motion blur” so touch ups are not really possible.

I do really like the motion blur effect though and think it would work very well with layer mask use for detailed work.

Here is the unblured photo if you wish to play with it.

Mandrake said
Love the first image.
It’s really nice that the sky and water are both the same tone of blue.
Was this the way it was, or did you give it some help in post?

and.. You must have been leaning pretty far over that railing to get the shot.

ps… a serious transgression – posting topics in the wrong forum.

Thanks Mandrake.  I changed the white balance of the shot.  Everything was orange from the lights that were in the area.   So while it wasn’t what came out of the camera, it is closer to what was there in real life.  The water and sky were just about the same.  It was really quite the sight.

Muneer said
Brian, I like the 1st shot (night shot), its really amazing.

Thanks Muneer.  Much appreciated.  I like how it came out too.

Mandrake, I just tried this picture, I don’t use layer mask to get this affect. it took less than 2 minutes do this. 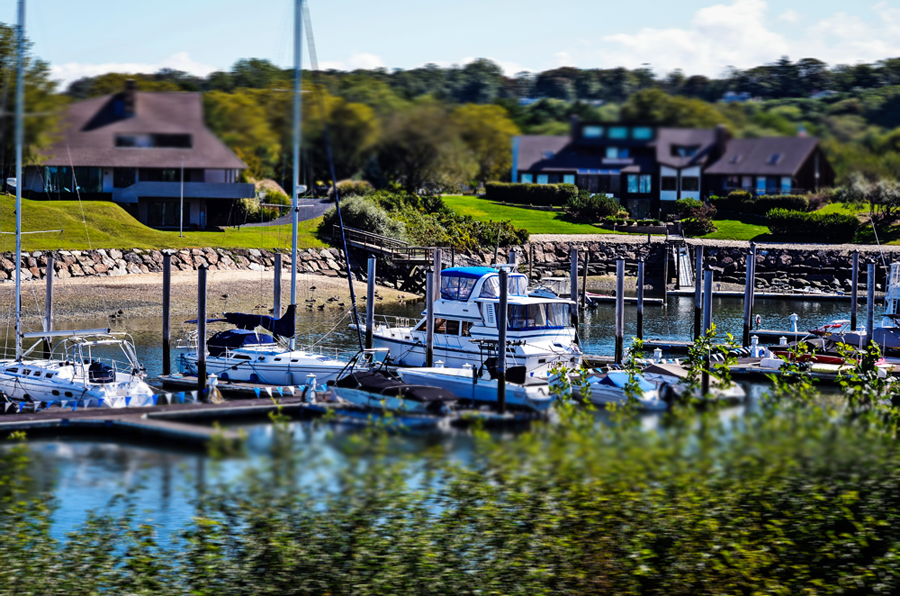 Excellent, Muneer… Very nice job, indeed.
I like the motion blur better than the gaussian for the tilt-shift effect.
I also like that you kept the rock bulkheads in focus.

Thank you Mandrake for such kind words…