I used a technique called lens stacking that give you significant magnification levels, I do not own a lens coupler yet which is what makes this harder. It was shot with my Canon 6d with the 85 1.8 mounted and it was either f11 or f22 to try to squeak out as much depth of field as possible. I took my 50 1.8 and held it in front of my 85 but held it backwards (each of the front lens elements were facing each other.) Camera mounted on a tripod.

Light is a big obstacle at this level so I had a constant photo light a couple inches off my face.

I had to hold the 50 1.8 with one hand and I ran my 6d through my iPad in live view since I didn’t have access behind the camera since it was my eyeball lol. Staying in focus was tough and it isn’t as sharp as I’d like, literally a thought of taking a breath throws everything out of focus, I can’t stress how small your depth of field gets once you really start cranking up the magnification. It really felt like a circus act.

Here are the general rules, the longer of the 2 lenses needs to be mounted to the camera, the wider lens will be coupled out front. The formula to determine your magnification is take the longer mounted lens and divide it by the coupled wider lens. I used an 85 mounted and the 50. So 85 / 50 = a magnification of 1.7x. That’s already better than most macro lenses.

This is a VERY affordable way to get into extreme macro photography, from my personal experience at 3x and above it is not possible to capture almost anything in complete focus and you need to “focus stack” which is take a series of images of what you are shooting and move just a hair (or less) with each shot, then merging the focused parts of the image into a single file.

Anyway, here is my own eye. As an example of the narrow depth of field, the eyelashes you see are just a reflection in my eye, they are sharp while just below the lens of my eye the iris is already soft. The actual eyelashes you can see somewhat on the top right and are completely blown out of focus.

Yes my watermarked is goofed up, Lightroom 4 is great but a bit dense at times. 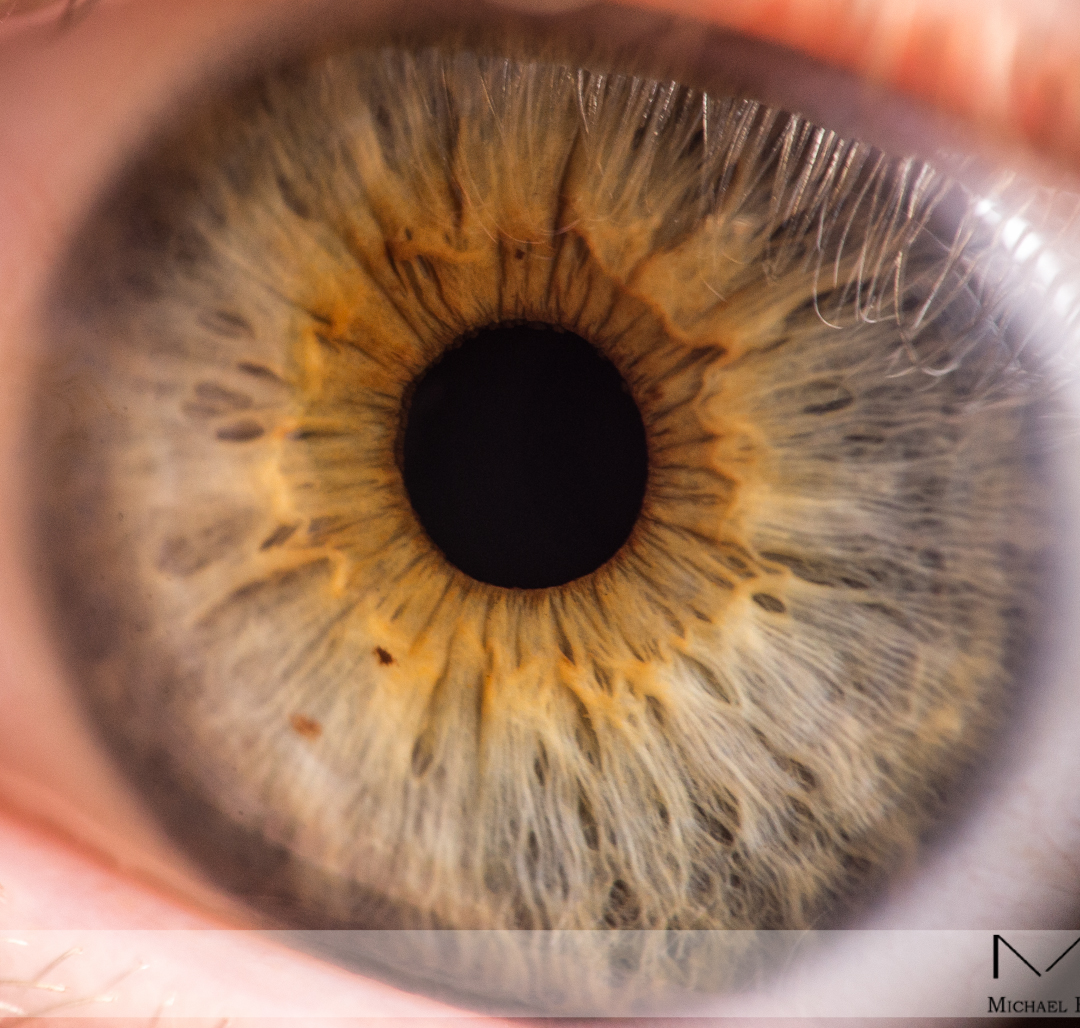 very cool Mike… I’d never even heard of doing this…

A little blown out around the center but i love this image..

Very interesting. I have to try this. Thanks for sharing!